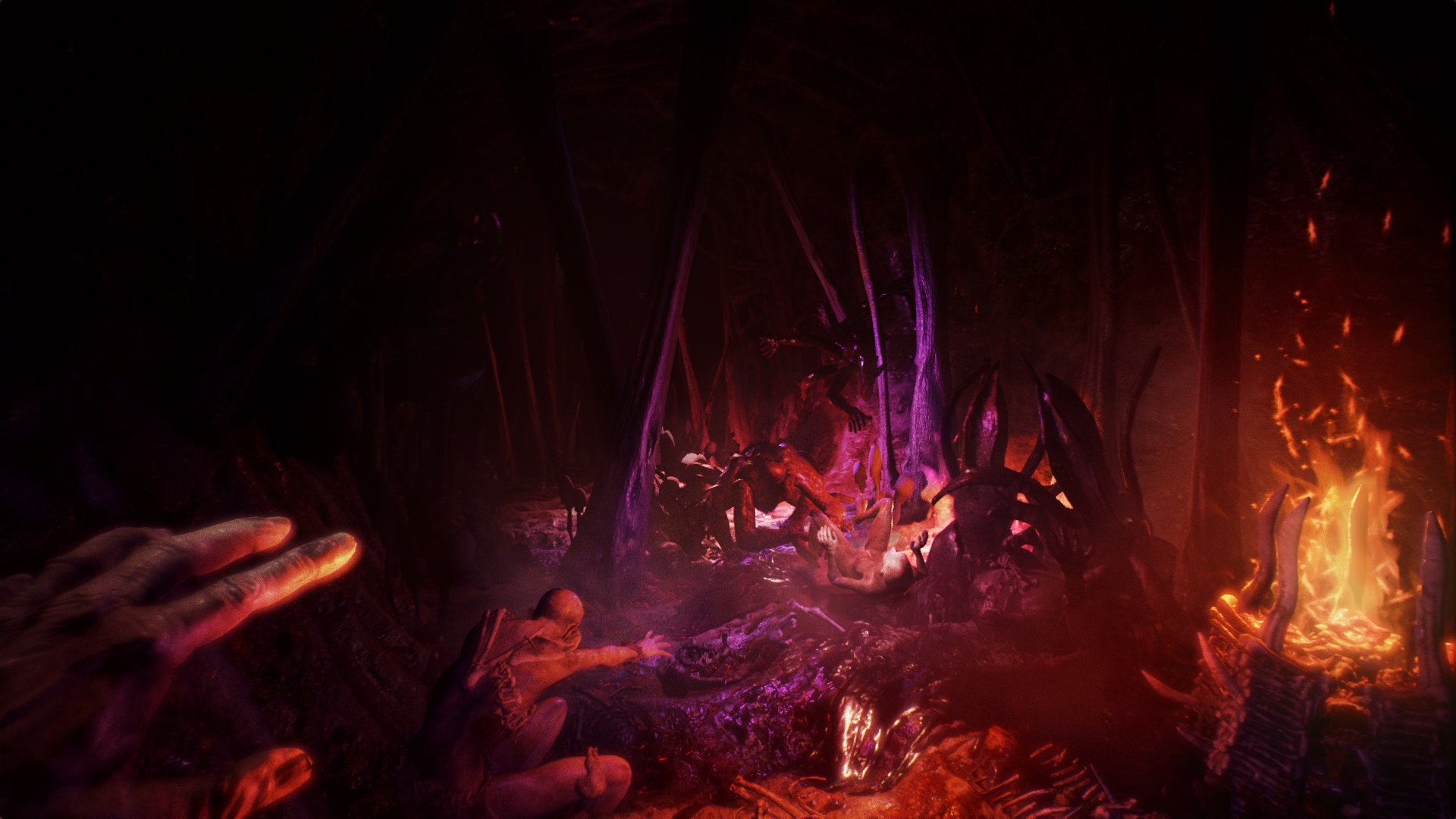 Agony is the new Survival Horror game, developed by ‘Madmind Studio’ coming out later 2017 for Xbox One, PS4 and PC. When we first heard of this game we were not excited at all, simply because we wonder if this game can pull of what others have failed to do.

Players start of as one of the tormented souls in Hell with no memory of their past. This is how your journey starts. The aim of the tormented souls is the same as what anyone would want in Hell: To escape. By talking and interacting with other tormented souls and exploring Hell and the different locations you discover that there is apparently a way out. Players will have to find and meet something called ‘mystical Red Goddess’. That’s all we know.

We have seen some gameplay, off course it’s all early development, and it’s quite creative in how the game is designed. Hiding places, enemies and the locations. You have walls that look like rows of teeth. You have little shelters that look like it was made from body parts and organs. Some areas look like pits with hanging skeletons. Agony is truly survival horror as you literally have to hide to survive. The demons come for you on sight and from hearing you, so crouching and staying still will be your close friends. Some demons look like a crawling spider like thing that pounces. Another looked like a succubus thing with furry goat legs or whatever. Some tormented souls in Agony which are hanging from hooks and stuff or look dead, if you go near them can hear them groaning in pain which is a good step in the right direction. You apparently have a special ability in Agony. Players can control other people and even some weak to simple minded demons. to progress and survive that horrible place. Which makes us wonder, are the players the only ones who can control others. After all like the others, the players are also lost souls so can they control others too or even us. Are we the only ones? If so then what makes us so special. Hopefully Agony will explain everything in it’s story.

This game straight away reminds of Dante’s inferno which was a fun game but failed miserably in terms of displaying how terrifying Hell is. Now off course the real Hell is far more terrifying than what any game could try and create. In the real Hell there is literally no escape. Once you are there, you are there but in this game there is a way out. Dante’s inferno failed went too soft. They had an area for violence and didn’t show any true violence amongst the souls. Just harsh words. They had an area for deceit but there weren’t any tricks and lies. There was a location for lust and there was nothing tempting there but creepy enemies and stuff. Sure Dante was more focused on the combat but still Hell is Hell, work with it. We hope that Agony can really go all out and make the game has terrifying and horrifying as possible. We have seen some strong gore and nudity which is a step in the right direction for this game. We did see some demos and we weren’t impressed at all but it’s not easy designing a game and there are limits but off course that was early access though so better is coming.

Many have been talking about this game and waiting for it to release and more info on it. The hype is there and that’s good. We just hope that it truly does deliver as a game like no other. Will this game actually be able to scare X35 Earthwalker himself? Will this game be viewed and played by countless gamers or will it play to slow and get boring? We will have to see. We honestly do want this game to be something truly special and bring the horror atmosphere, the sense of being helpless and very punishing for mistakes like you get spotted once then it’s almost pretty much over. Will there be items besides the torches? We truly want to see.

Overall this does look like it will be a great game, it’s just that it has a lot to live up to. Every developer must think twice when creating a game about Hell. The graphics are excellent and the sounds so far are good. The locations and environments have quite the variety to it. The developers ‘Madmind Studio’ have so far done a very good job. We at X35 Earthwalker look forward to seeing what Agony has to offer the gaming community. This game is definitely worth checking out. Whether you are a fan of such games like this is not as important as being a fan… of the ‘Earth Walk!’.