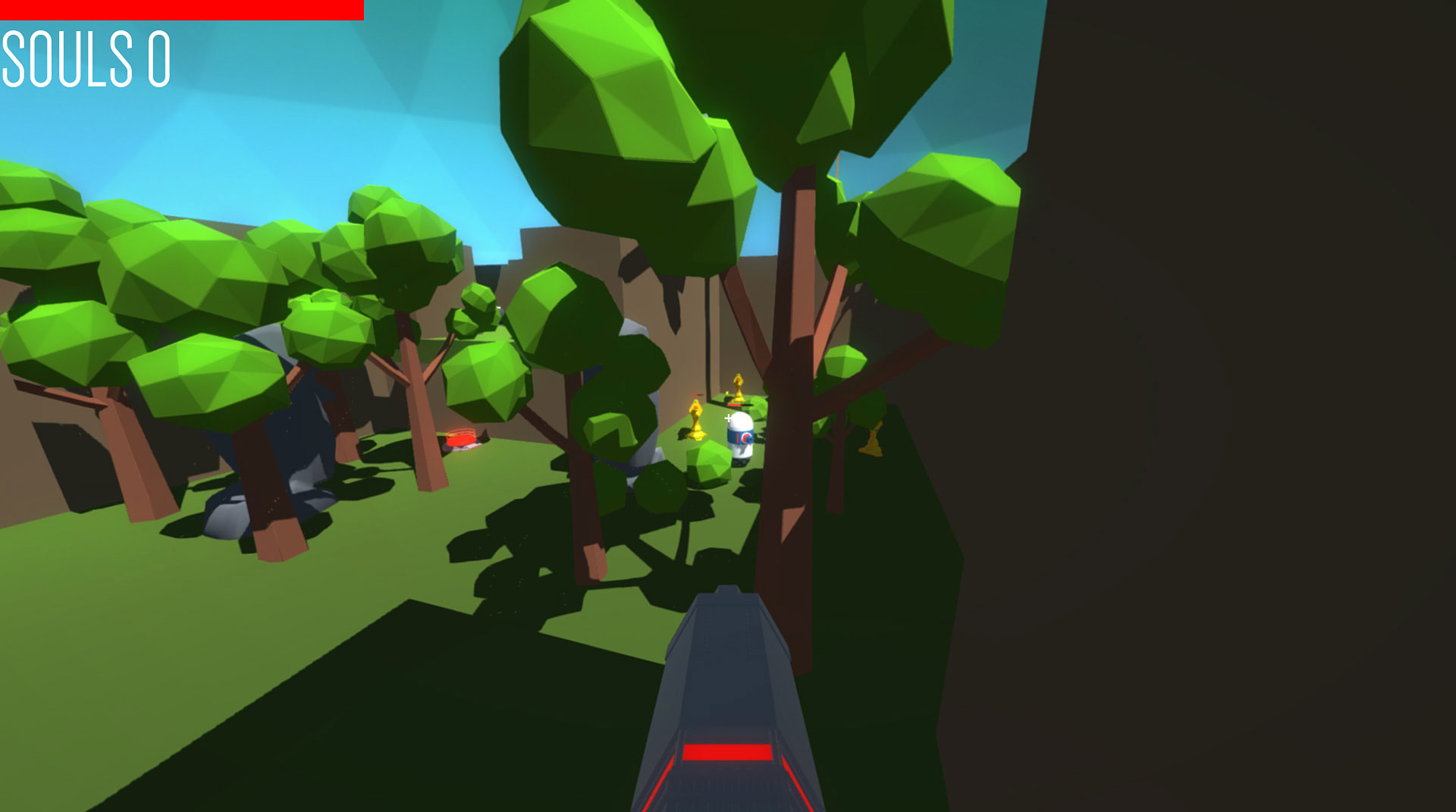 Polygod is a new randomly generated first person shooter game developed by ‘Amplify games‘. It is coming out later this quarter of the year on the Xbox One, Nintendo Switch and PC but early access is already available, so check Steam for more information. Random generated games are serious business. Let’s take a look.

In Polygod players control a assassin only known as ‘Faceless the blessed’. You are taking part in a special event called the ‘Trials of the Gods’. Here you must battle the minions of the malignant gods. If that wasn’t enough, you must also take on the holy champions. Now straight away you know this game is going to be crazy in terms of the action. The concept is nothing new but it’s a good one that action gamers will already have a certain level on interest in.

Now the levels are all randomly generated and that word is a scary word. We at X35 Earthwalker are Spelunker masters and have experienced the wrath and unpredictable-ness of randomly generated levels. This means that Polygod is something gamers can’t plan for. speed runs become that much harder and nothing stays the same. In every level there is an successive altar of worship which you can use to exchange souls you collect for blessings which are power ups. This is cool so every level you have something to look forward too. So basically you are also getting more powerful all the time, which makes sense since you technically are facing the gods. 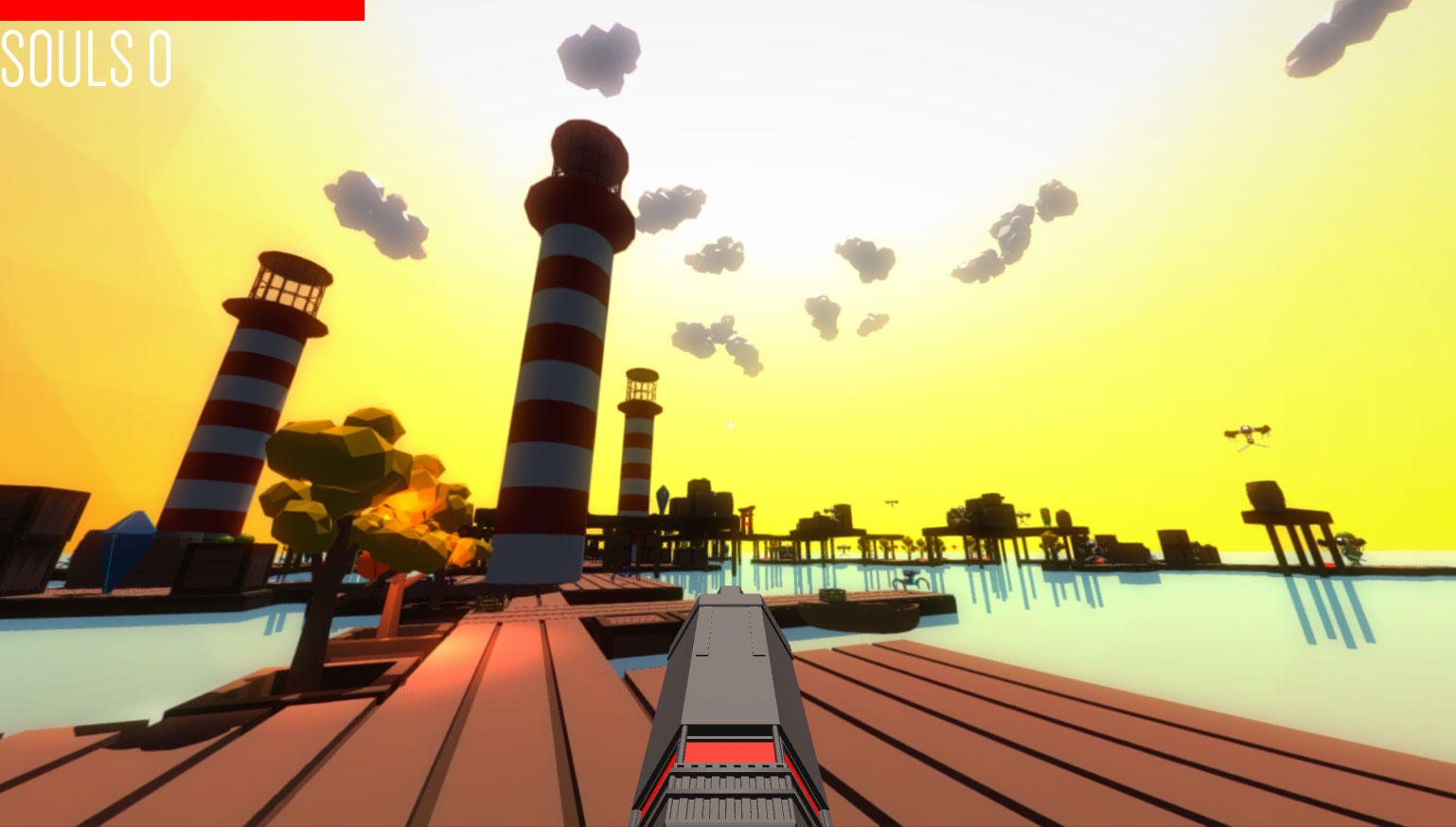 In case you were wondering you get souls by killing the minions. Since there are a lot of them, you will rack up souls in no time. Also there is permanent death, otherwise the game would be easy. So after each death you start again and will have a whole new experience since no level is the same. We hope so though.

Polygod has got an ace up their sleeve to make them stand out from all the other shooters. It’s called ‘Arena Shooter multi-player’. Basically think of free for all slayer matches in Halo but each map is randomly generated. That sounds crazy. No planning for spawn killing, or camping or set ups. Just pure action, adjustments and realistic skill. We like the idea of this. This is definitely new and interesting. We at X35 Earthwalker can imagine fighting each other in situations like that. Pure madness. They plan to evolve it a whole lot more by bringing in game types like capture the flag, they also want to add in altars and blessing s from the main game. Sounds awesome.

We checked out some gameplay and it’s sort of what we expected. The smooth movement, polygon looking surroundings and the backgrounds. There are 75 different blessings to acquire and use, 5 unique enemies per level and 5 boss fights. The game doesn’t sound big but maybe the size comes from the amount of levels. it looks great, runs great and the level designs are interesting. The enemies don’t come off as impressive at all. They seem more generic and something players won’t take too seriously in combat.

Overall Polygod is a good game with a awesome concept, especially the Arena Shooter multi-player. The developers ‘Amplify games’ did a excellent job with this game. We at X35 Earthwalker want to see how this all goes, especially the multiplayer. It doesn’t matter how random you are, the one thing that is still ahead is… the ‘Earth walk!’