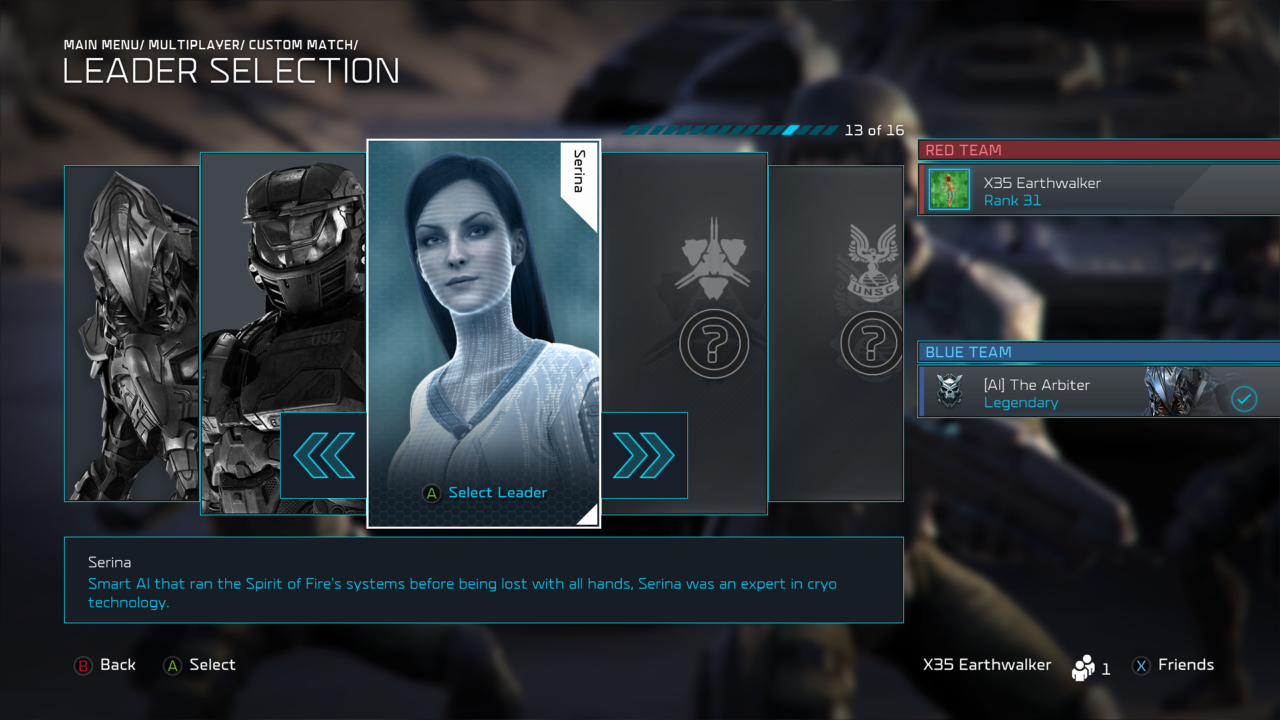 Halo Wars 2 latest new content brought a new character leader with it. Serina is here! She is the AI from Halo Wars 1 but here… she is an ice AI. That’s right, she just might be a bit too… cool (We see you laughing).

When we first knew that it was Serina we only wondered what she would bring to the game. Maybe a new concept or just crazy abilities. She brought both! She also has new units as well. These new units are Cryo troopers, Frost ravens and the hero unit Bison. All three are capable of freezing enemy units. How this works is that as they attack the enemy a meter appears under their health and it fills up. When that meter gets full, that enemy unit is frozen and cannot attack or move. If you shatter a frozen unit though, they will take a large amount of extra damage. This applies for both enemy units and structures.

Now Cryo Troopers are exactly the same as Hell bringers but instead shoot ice. They are good against infantry and structures. Frost ravens are basically ice nightingales that don’t heal but shoot a beam of ice to freeze enemies. They also come a with a missile that does damage but better used to shatter frozen enemies. The hero unit Bison is a strong, shielded vehicle that launches ice grenades (or bombs whatever) at all enemy unit types, doing good damage. The attacks help to freeze the enemy units as well. Once upgraded the Bison can create a field of chill aura once planted. By the way, chill auras  and effects basically slows enemy units down and slowly freezes them meaning movement is harder and if they stay there too long they will be completely frozen and susceptible to being shattered. Bison has both interesting offense and defense.

Serina’s leader powers are very interesting and what gets things rolling.

Now if you are quite strategic then you would have come up with some ideas and combinations right now concerning her leader powers. You could get a good amount of Cryo troopers equipped with Cryotech advances, call in a Glacial storm but trap the enemy army with ice barrier, land cryo bomb on any high priority units by this time most are weak or frozen so drop the seismic blast to ruin the entire army. There is quite a bit you can do.

Serina is a very good addition to Halo Wars 2. She brings a whole new concept and shakes things up. When there is a Serina on the enemy team you know that you can’t keep your staying still for too long. You have to spread out a bit. What happens if Serina fights Kinsano? Ice vs fire. Interesting. Overall she is fun to use and with more practice, will figure out her true power.