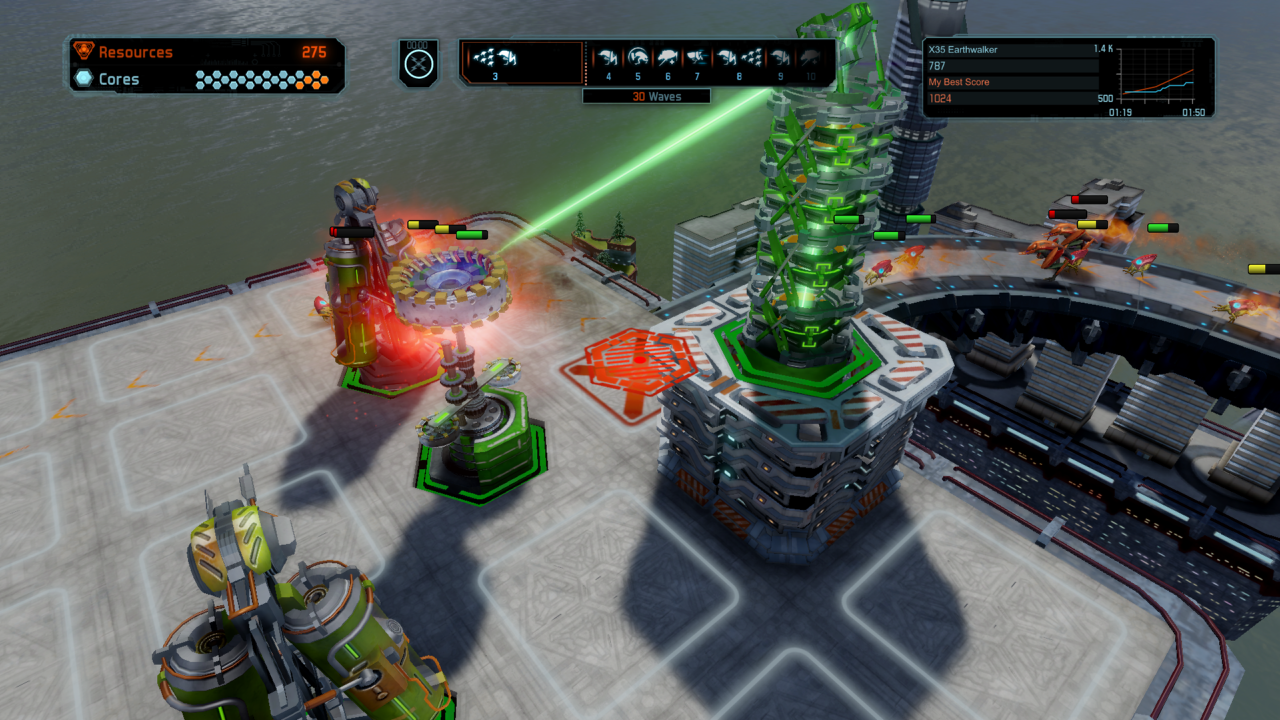 Defense Grid 2 might is our favourite tower defense game. It could be the best we have ever played as well. We still play it and having lots of fun with it. This game certainly has quite the challenge factor to it. X35 Earthwalker himself is taking on the levels in ‘Elite’ difficulty. If in case you didn’t know Elite difficulty is where things get less fun and more difficult.

There are multiple factors to take into account when tackling this difficulty. In Elite, the aliens have even more strength than what they had in ‘Hard’ difficulty. The description even states that this mode requires both skill and tower items. This is also where more strategy is required. A more tactical approach to the levels. There are many towers to use, more tower items to give you the edge you need but more aliens that want your cores. Defense Grid 2 won’t go easy on any gamer who takes this challenge on.

Since in Defense Grid 2 you get to see what aliens are coming in the next wave you can make adjustments and plan to some extent to deal with them. This is a most. For example a certain level might spend the whole map throwing shielded enemies at you like the ‘Bulwark’ and ‘Spire’ so then make sure to have ‘Tesla’ towers spaced apart around the map to drain and destroy shields along the way especially since the Spire alien can project shields onto others. Some levels may have fast moving aliens like ‘Racer’ and ‘Rumbler’ which means get some ‘Laser’ towers out there as those aliens are weak against heat and lasers deal continuous damage over time. So yes countering aliens is one thing but having a lot of towers out there is always key. The more towers you have, the better things will be for you as you have more things dishing out damage regardless. So get lots out there while keeping counter towers in mind. 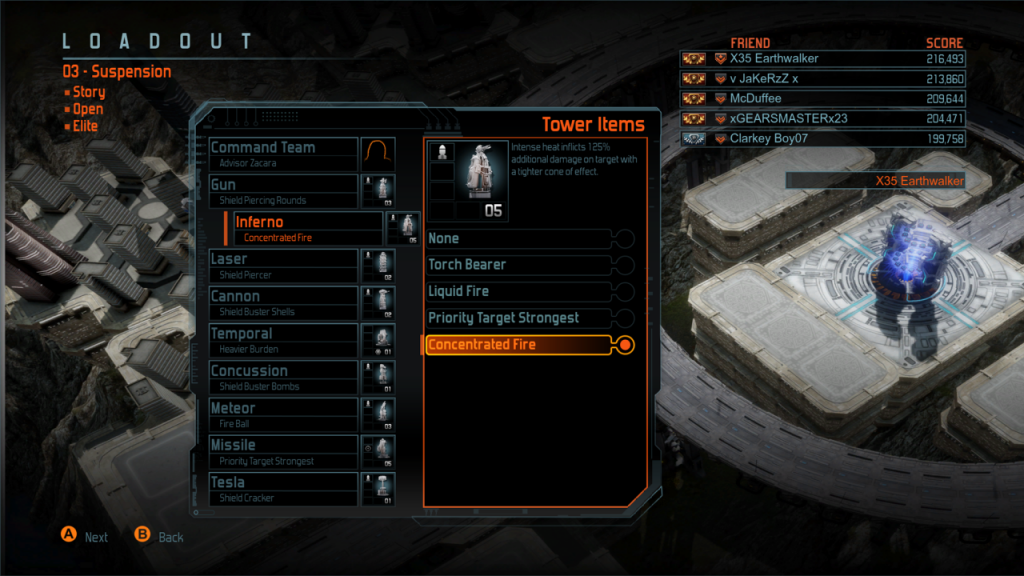 Tower items are one of the biggest additions to Defense Grid 2. Tower items once unlocked are items that add extra features to your towers. For example the ‘Gun’ tower could be equipped with ‘Chemical tipped bullets’ which inflicts 20% extra damage over time thanks to the chemical substance. ‘Shield piercing rounds’ allow bullets to pierce through shields and deal direct damage to aliens and priority target forces tower to target the strongest alien in the group instead of which ever comes first. There are items for each tower. Items can be upgraded as you play through the game. For example the inferno tower has the ‘Concentrated fire’ item but once upgraded to level 5 does 125% more damage which is huge. Things burn up and die good and proper. Pick the items that will help you tackle the types of aliens. For example the level ‘Suspension’ has so many shielded aliens so you might want to equip your: Gun with shield piercing rounds, Laser with shield piercer, Cannon with shield buster shells and Tesla with shield cracker. This makes majority of your towers haters of shields. No longer will you have to watch a shielded alien eat all your bullets and walk out with a core. We hate that!

Inferno towers should be used at tight corners where aliens can’t out-range it. Concussion towers should be placed in centrally tight areas where they cover the whole area. Cannons should be placed on back rows on ‘Boost’ platforms. Lasers must never be grouped together so spread them apart to keep the burning going. Guns must be in groups. Alone they don’t do anything at all. Missiles must be placed around the edge of the map as they do more damage the longer distance the missile travels. Tesla should be spaced out around the map to keep bringing down those shields aliens wherever they go. Meteor must be placed in the center of the maps so that they can hit everything thanks to that range they have.

Being honest we do feel that some of the towers aren’t as effective as they should be. For example in Defense Grid 1 we loved the Gun tower as they were actually towers that did well no matter what. The best thing was to have a temporal slow aliens down forcing them to crawl through a tunnel of level 3 (red) Gun towers which shreds through aliens. Now Gun towers feel really weak don’t seem to get the job done. The Cannon tower seems even worse. For example we have had level 3 Cannons, which aren’t cheap by the way, fire at simple Walker aliens and it does so little damage. This must be an error as when you check the stats it shows that cannons do really high damage. We don’t see it. Literally. We have been discouraged from using Guns and Cannons in Defense Grid 2 which is a huge shame as we loved them in the Defense Grid 1.

We will discuss more in later blogs but one last thing. The aliens have been giving X35 Earthwalker himself some trouble even with all the tower items he has. This shows that you need to play for a while to level up those tower items to even stand a chance. Maybe you are taking on Elite difficulty as well, whether you are or not… Just make sure to do the ‘Earth Walk!’