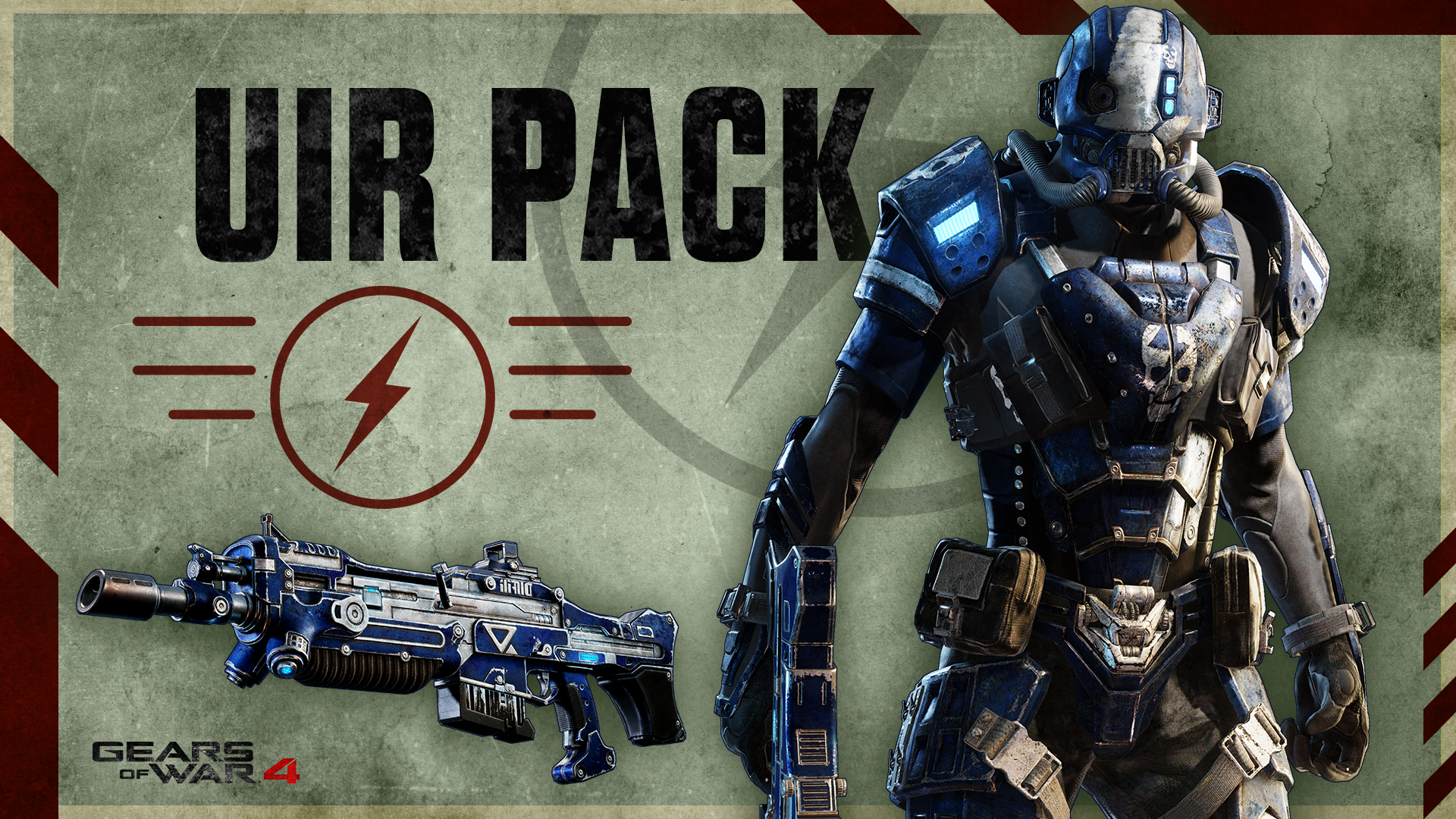 The UIR pack for gears of war 4 was released on the 22nd of December 2016 and boy did it bring a lot of disappointment and complaints. The problem isn’t what the pack contains as there are some cool looking stuff. The epic characters look really cool in fact. The UIR elite especially looks like some elite forces for sure and that he alone could blow some stuff up. The problem is the price. One pack costs 4400 coins! That’s outrageous, even for those characters. That’s more than the golden elite packs which costs 3500. It’s basically the price of 11 horde booster packs. X35 Earthwalker even said that he would rather buy the 11 horde booster packs every time. The fact that you get the gold coins very slowly in the game doesn’t help at all. One social match earns you around 70-80 coins so you will need to play at least 55 matches to get there. That’s ridiculous by anyone’s standards. Even playing horde wave 1 through to 50 would even get you half of the amount you need to get the UIR pack. You will have to do 50 waves three times and we all know just how hard that is. It’s such a shame.

Many season pass players are upset that they don’t get this stuff for free or even a a discount and are questioning why they even bought the season pass. However the price is a big problem but not the biggest problem at all. The biggest problem is that the pack doesn’t guarantee you the 3 characters and the skins. Nope!! It’s all random. This means that you will have to spend over 10000 coins to try and get everything and 3 attempts will not get you everything at all. This means that you can’t rely on your coins to get them. The only other option is to buy them using real money. That’s right. The price is £8.39 per pack. That’s more than 4 one leg and chips at a chicken shop. That’s more than games on the Xbox store. That’s travel money right there. Now some will say that that’s not much but that depends on your situation. Many players feel excluded from UIR pack and many aren’t able to get it at all. It’s like letting only a few children in on the new toys while the rest can’t play with them. It’s not fair. All this stuff just have to stop. If you go online, you will see the responses and experience of other gamers concerning the UIR pack.