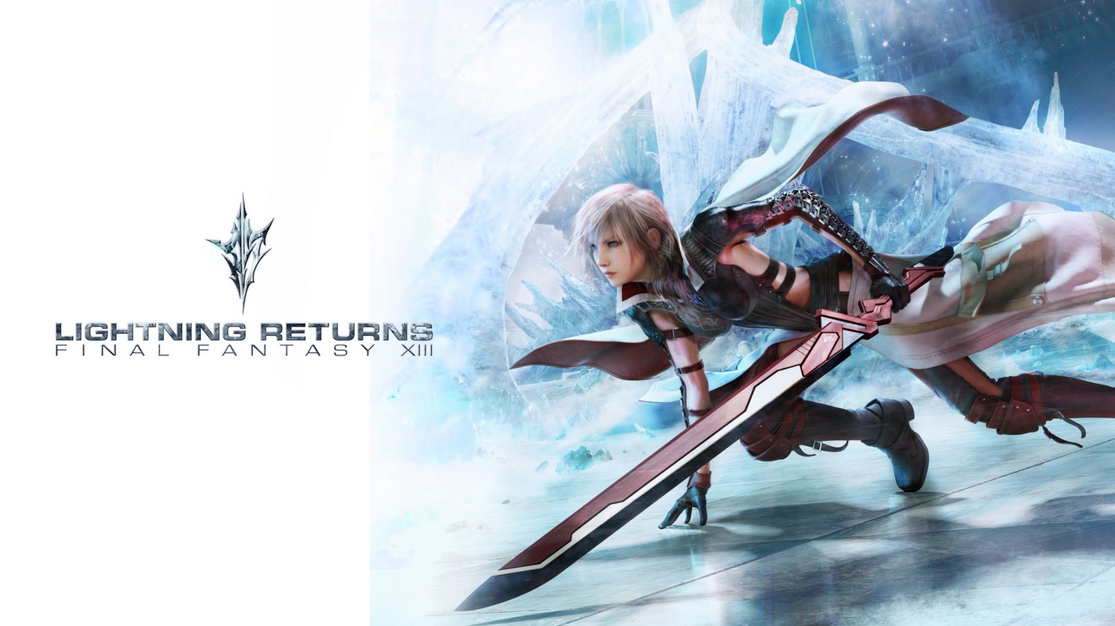 Lightning Returns: Final Fantasy is an awesome game developed by ‘Square Enix’ and was released in 2013 for Xbox 360 and PS3. X35 Earthwalker himself loves this game but like with other great games there is also some weak spots in the game. We have been playing the game again recently and we made some huge progress. About to face Caius in an ultimate swordsman battle. If you want to play this game then make sure you can do the following things: good reflexes, good multi tasking, good memory and persistent. If you don’t then you can still play but things will be a bit harder.

Lightning truly returns and boy does she know how to make an entrance. Basically you play Lightning who has been chosen by Bhunivelze to be the saviour who is tasked with bringing souls from the world to the next life. As the saviour she has the power to take people’s souls and immense strength and other powers. This is because the end of the world is here. The world has only 6 days left and time doesn’t wait for you making this a game where you can’t stay still. You must work fast and act fast. Use your days awisely and ecide what order to complete quests and anything else. The story in this game is very well done and it all adds up nicely together. Within this time you must save as many souls as you can. This can be done by completing quests for them. Some people need to gain hope again. Some need a certain item returned to them to inspire them. Some have unfinished business and it’s all up to you to help them out. Each soul you collect increases your stats: hp, strength and magic. There is numerous quests to complete and you better complete them for several reasons. First, you need to complete the game. Second, you need to boost your stats otherwise you won’t be able to beat any boss. Third because if you complete main quests you can extend the amount of days you have till the end of the world. We heard it can be extended up to by 7 more days. The many quests is why you need to be good and remembering and multi tasking as the quests can all pile on meaning, many things to do.

The graphics in this game are wonderful. The characters look so well designed. The details that went into the levels and areas are so great. The special effects look real good as well. The developers did really good for the time it was released. The sounds are on time and appropriate all contributing to the setting and mood of the game. The music isn’t the best from the franchise but still well done. It does help set the atmosphere in the area you are in. The A.I in this game are good, we can say. They are all doing their own things and look different from each other (we expect that from games as great as final fantasy). There are 4 different areas for the player to explore: Luxerion, Yusnaan, The wildlands and the dead dunes. What we love at X35 Earthwalker is always variety. Each of those areas are so different from each other. Luxerion is a peaceful city where entire groups wait patiently for the end with prayers and hope. A nice simple place. Yusnaan is the exact opposite. Here, it’s parties, shows and celebrations all the time. They don’t seem to care. The wildlands is pure nature, fields and hunters. It’s like a small safari and looks lovely but danger is lurking around. The dead dunes is actually dead. Lots of sand, rocks, bones and runes. Only thing to do here is explore really. Different enemies but we wish for them to be more distinctly different from each other.

The combat is the main thing here. Like with final fantasy 13 and 13-2, the enemy appears and you get the chance to strike it first before fighting it. If you do then the enemy will start with 10% less health and 25% if you strike them without them knowing you were there. The actual fight is where the good reflexes come in handy. You have 3 schemata, basically battle sets. Each set you design and can have different abilities, stats, weapons and accessories. So for example you could design a schemata which focuses on heavy defense so you may equip the heavy guard ability and give a shield that has really high guard resistance to make enemy attacks do practically nothing. Recommend having a defensive, magic based and attack based schematas to make things easier. With one button you can switch between them at any time to suit the situation. So switch to your defensive for when you want to block a series or powerful attacks then switch back to your offensive ones. On top of that you must handle staggering enemies, exploiting their weaknesses and giving enemies ailments or removing your own. Things get tricky but mastering this part of the game will set you up nicely for everything else. Lastly if you block at the same time as an attack hits you, you greatly reduce the damage you receive and most of time take no damage at all.

The bosses in this game are definitely epic battles. When you face off against the likes of Noel, Snow, powerful monsters and off course Caius the guardian, it feels so epic especially with the music going trough your head. These guys no a thing or two about how to kill their enemies. When facing a boss, you can’t just rush your enemies and win. Nope, not at all. The difficulty is almost like final fantasy 13 where every fight is hard, long and strategic. You will need to not only use your 3 schematas but also create the right ones for the boss. You must block the attacks perfectly as much as possible to survive, you must exploit their weaknesses and do it all quick. If you need help then use your recovery items to add buffs or just regain health. Last of all use your EP abilities to your advantage. EP abilities range from completely healing you (curaga), damage all enemies and launch them into the air (quake) and over cloak which is the signature ability which slows down time for everything and everyone but lightning. Collect EP from completing big quests and replenish it from defeating enemies.

The schemata system is easy to understand and build. You can build up to 8 schematas (excluding the 3 active ones) we believe and keep them stored so you can just swap out your schematas whenever you want. Garbs are the main body of your schemata, not only are they different outfits but some come with their own abilities (like ‘flood’) and effects like increased damage resistance. Some are better than others concerning stat boosts and abilities but when others are better in terms of style and looks. Seriously they really range from fancy to warrior looking clothes. Go with your own style. The game has a save wherever you want feature which is very good and most gamers love that feature. Also there is a lot of accessories (adornments) to collect and wear. You could have an awesome looking ton berry lantern attached to lightnings cloths or get a tiara or crown and bunch of other stuff. There is a lot of options.

Overall this game is awesome and we love it. Some may find it difficult and we agree as it is, due to having a time limit and having multiple things to focus on at once. This final fantasy game is definitely different from the others and if any fans haven’t played it yet, we encourage you to play it. Lightning is still herself, strong and powerful. ‘Square Enix’ did a very great job. There is so much to say about this but we will leave it here.