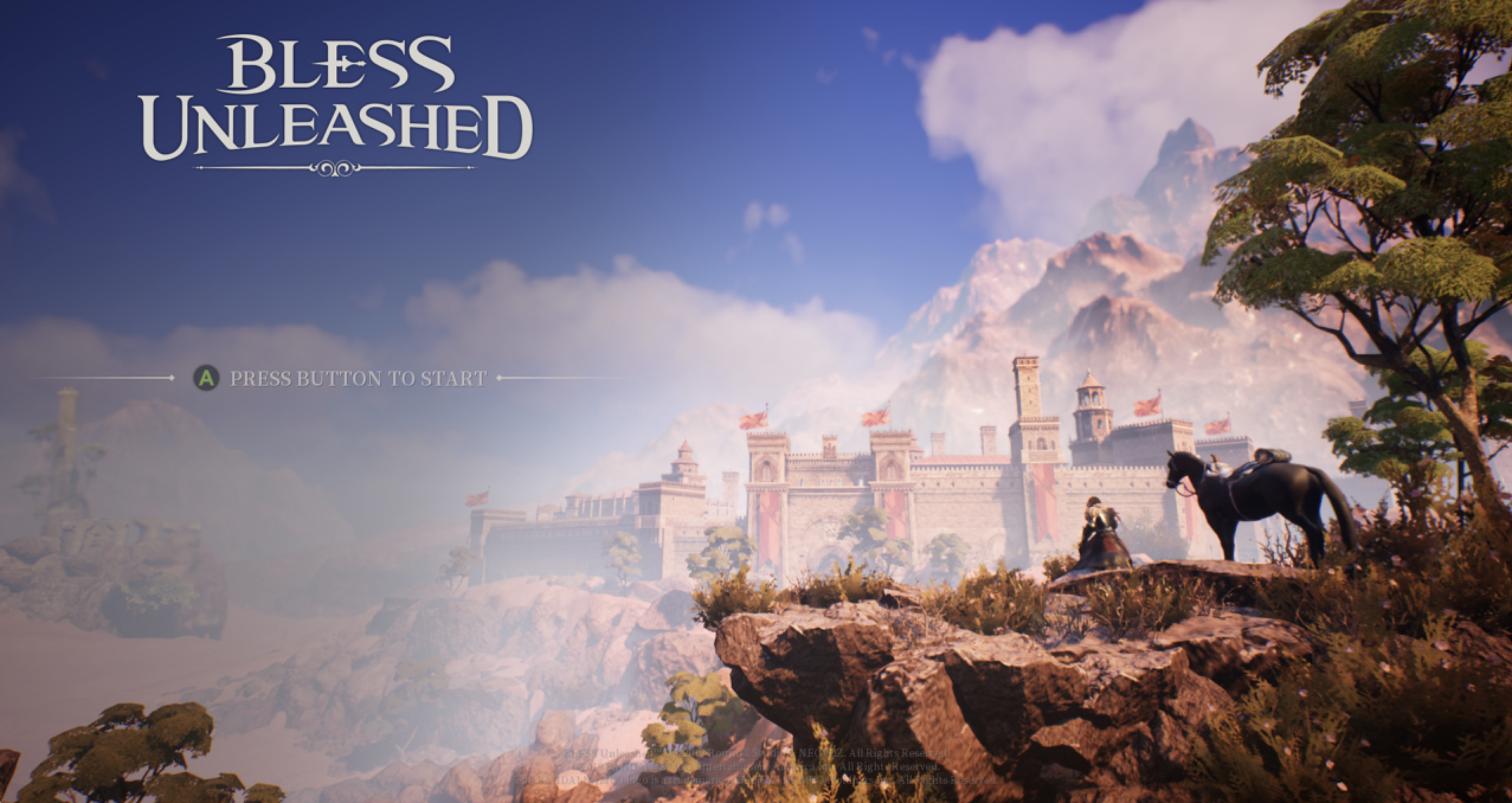 Bless Unleashed is an Xbox exclusive MMORPG developed by ‘NEOWIZ Round 8 Studios‘ and published by ‘Bandai Namco‘. We have played Bless Unleashed for a good while now and it’s definitely a good game and even has something that other games failed to do; however we have encountered some designs and features that have ruined things for us. Let’s take a look.

The first thing layers will notice about Bless Unleashed is the combat. It’s slow, sort of unresponsive and stiff. For example you swing at the enemy after knocking them down and sometimes you go over them or through them slightly. All you have to do is readjust but it can cost you a free strike on the downed enemy as the crusader class. Also you can’t use your shield fast enough after attacking, there’s such a delay that you have to wait a whole 2 second or slightly less until you can raise your shield. So you about to finish your combo, see the enemy about to hit you, you try to raise your shield as soon as the combo finishes (well in time) then get no shield, smacked across the head… and then your shield comes up which is too late. Also the Crusader class it punished as the full combo can never be finished before the boss attacks you. aYou aren’t really allowed to use your power, especially when fighting the dungeon enemies. You have to rely on others to do the damage while you hold block forever which isn’t fun. A delay with the shield isn’t fun either. Combat needs to be improved, smoother, faster reaction slowed also.

Now let’s mention some good stuff about Bless Unleashed. Bless Unleashed has shown that the developers really thought some elements out. For example we like that there are two in game currencies in the game that are very easy to get your hands on. You can even convert regular gold into star seeds.  With both gold and star seeds players can use the fast travel teleporters. Not only that, you can activate those teleporters even when you aren’t physically at one of them which is good design. Another great thing is that you get lots of upgrade and fortification stones. They are real easy to get and even some defeated enemies drop them. You need these stones to upgrade your weapons and equipment. So you don’t have a problem getting the chance to upgrade. Now this is a negative also but a bigger positive in some ways. Other players are always present in your world except for strict moments concerning the story where it has to be you alone. Now this is annoying as other players can kill the enemies you are hunting but the major benefit is that you get all the help you normally get all the help you need with powerful bosses found in the open world. For example you almost always find players waiting for a big boss to spawn so when he finally spawn there’s like 17 players all attacking it. So you will get help.

Next thing that makes Bless Unleashed not fun is the amount of bag space you have. To be fair, there is a way to upgrade the amount of bag space. You have to collect 4 bag pieces and take them to the bag specialist guy who increases bag space by 1. Yes, it’s that small. You always run out of space. Maybe they need to increase the stack numbers for the fortification and upgrade stones and the ingredients like leather, thin branches etc. That would certainly help. Increase the bag that you start with and increase the stack size. It’s absolutely annoying when you want to open up a chest award or get new items but you have to decide what to get rid of since every single item counts as a space except for stacks which off course count as one. Not fun at all. 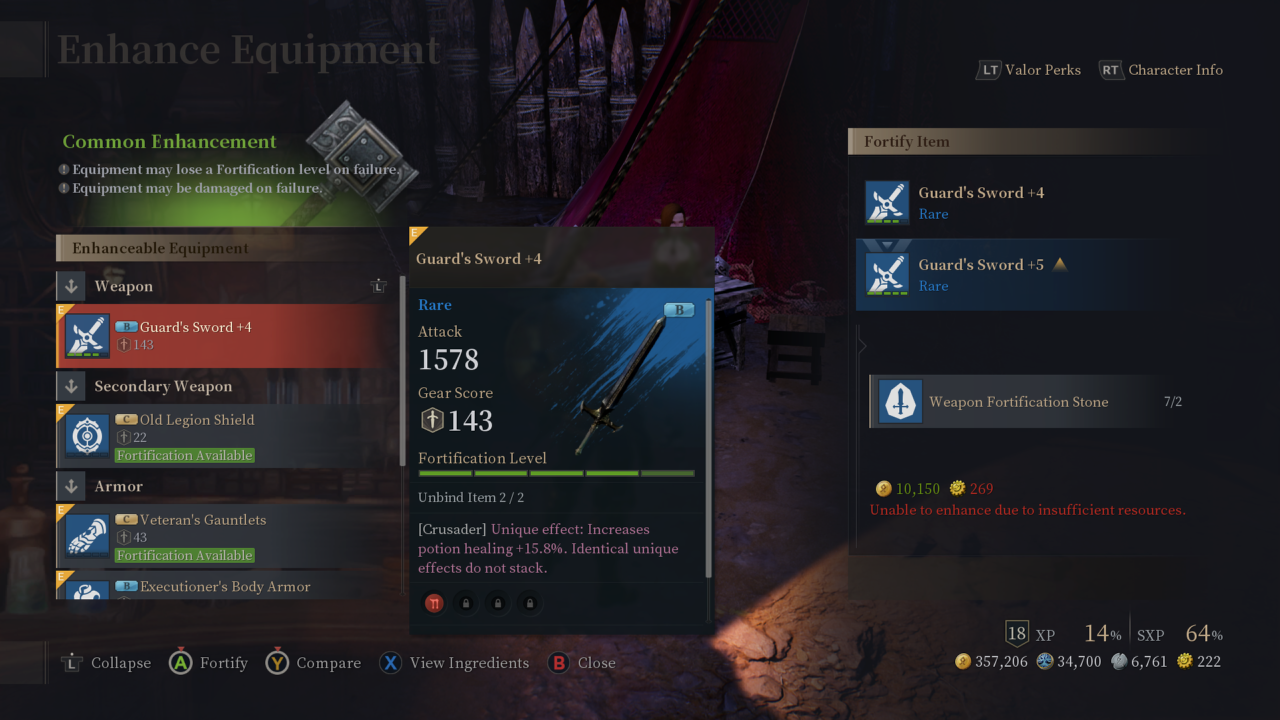 Another thing that’s not fun about Bless Unleashed is the upgrade of weapons and equipment. We will focus on weapons as that’s our experience with this issue. So firstly you need the right amount of in game currency which is fine. You need enough fortification and upgrade stones which is fine. Now when you upgrade a weapon when it’s a rare there is a chance that your weapon upgrade can fail. This for starters is stupid. If we have the goods, and the materials then give us the upgrade. This isn’t Raid: shadow legend where you can fail the upgrade. Not only can you fail but your weapon can break too. When your weapon breaks during a fail, you can’t upgrade that weapon again until you repair it which requires a repair kit item which isn’t cheap by the way or easy to obtain. Not only that when your weapon breaks it goes down one level. So your level 4 sword you tried to upgrade, breaks and is now back to being a level 3! THAT’S STUPID! You can be severely punished for attempting to upgrade.  So let’s give a very accurate example. You have a level 3 rare sword and you got the right amount of stuff to attempt an upgrade. It fails. You sword is broken and it’s now. level 2 and you need a repair kit to repair which you get at the limited time store. Now that it’s repaired you have to repair again just to get back to your original level of level 3 just so you can attempt again which you could also fail again. That’s NOT fun at all. Also bad like Raid: Shadow legends you don’t get told your odds of success. You don’t know the risk when you want to upgrade.  So it’s unfair.

Now the one thing Bless Unleashed did that others didn’t do is the more realistic female model designs for NPCs. We have mentioned this before but in the first area in the festival. There was some women who had on high heels which off course effects the figure. We noticed that the calf muscles and Gastrocnemius looked exactly like how a real life women’s lower leg would look. This is a big deal to us because other games don’t do that. They all have very similar model designs. Some developers have lazy moments. We wish more games have diversity in their character designs, especially for NPCs.

Now another problem that Bless Unleashed have is the attack combos for the Crusaders. You have round about 4 actual combos but the problem is you will only really be using 1. The main one where you tap RB, RB, RB, RB, B does the most damage. So why would you use the other combos? Well you can use the RB, RB, RT, B combo which has an area effect so it’s good for a group but there’s no reason to use the others as it’s less damage. The shield one that knocks the enemy in the air isn’t needed as your strongest combo has big knock back so you get the distance anyway. So there’s no point in having them. They are pointless. If there’s a hidden actual purpose for those other combos then it’s not clear and we don’t know. Give the player combos that actually matter. Why can’t one have a poison effect maybe, while another combo may lower defence or boost your attack damage or whatever.  See? We are better at game design than all these designers.

The last and biggest failure of Bless Unleashed and the single main reason why we don’t even feel like playing the game anymore… the levelling up. Simple put, it takes forever. There’s only two ways to really progress in this game. Level up, which grants more health and strength, and upgrading your weapon for more damage. We already discussed that many are too scared to upgrade and the fails prevent you from doing that, so all you are left with is levelling up. Never has levelling up felt so slow in a game. We have done all the side quests that we can find. We have fought and killed many enemies and that doesn’t even take you halfway to levelling up. We aren’t joking. Rewatch the clip above. We got 1659 experience points which is 0.134%. This is from an enemy which is 4 levees higher than us by the way. This would mean in order to get 100% so we can level up, we have kill that goat 746 times!!!!!! Nope! Sorry! Not doing that! It gets worse. The next story mission we need to complete to progress is to defeat a dungeon boss. We can’t fight it because you have to be level 19 to enter the dungeon. We just turned level 18 by finishing the last mission and as you can see in the clip above, we are nowhere near being level 19. We  did all the side quests we could find. No we aren’t going to ride around the whole big map in order to try and find more. They should be available from the map or whatever. We learnt that fighting stronger monsters only grant pathetic amounts of experience like 0.134% worth. We are stuck. No! We aren’t going to sit there and slay a goat 746 times! We have lives to live, we got a business to run, friends to socialise with, family to spend time with, online church services and more. WE’VE GOT A LIFE! We heard some player go back to find the global Map bosses that spawn into the world. One, those bosses spawn like every 20mins. They literally take forever to spawn in. Two, they don’t give as much exp as you would expect.  This is the biggest killer for us concerning Bless Unleashed. So no, we aren’t playing it. We rather go back to playing Tera and Skyforge. 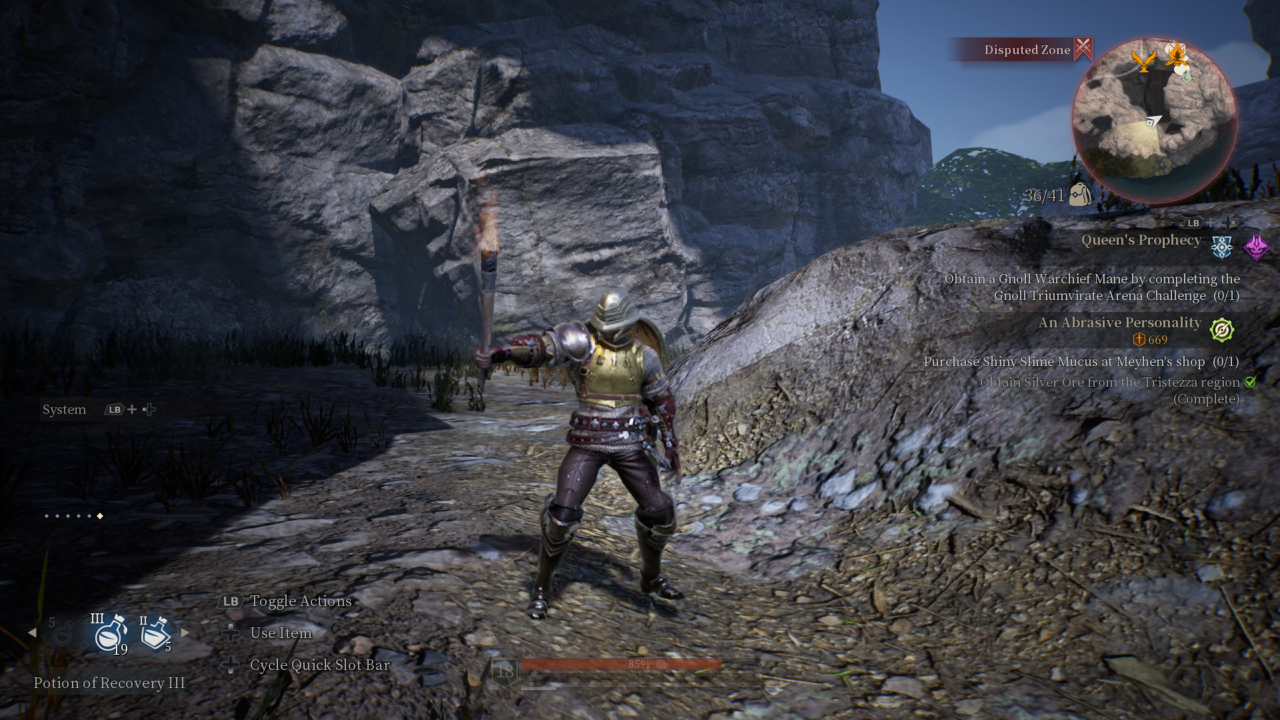 We didn’t want to completely bash the game in as it’s a good game truly and well made. That’s why we threw in some positives about the game in this blog post. It’s just there are some stuff that makes the game not fun at all. Players shouldn’t be afraid to upgrade their weapons. Players always want upgrades. We have a purple epic upgrade stone but we don’t want to rick using it, then grind back the resources needed to upgrade again because your last upgrade failed. It is completely stupid to lock the story behind compulsory level u missions. Side quests, fine but not the main story. We literally can’t progress until we are level 19 which takes forever to get there.  The whole point of videos games is entertainment. You are suppose to have fun. Since we aren’t having fun, we can conclude that Bless Unleashed failed to complete its purpose. We will wait to see if there are any changes but until then, we will be playing other games. Bless Unleashed may be a good game but without the fun it’s not good enough for… the ‘Earth Walk!’