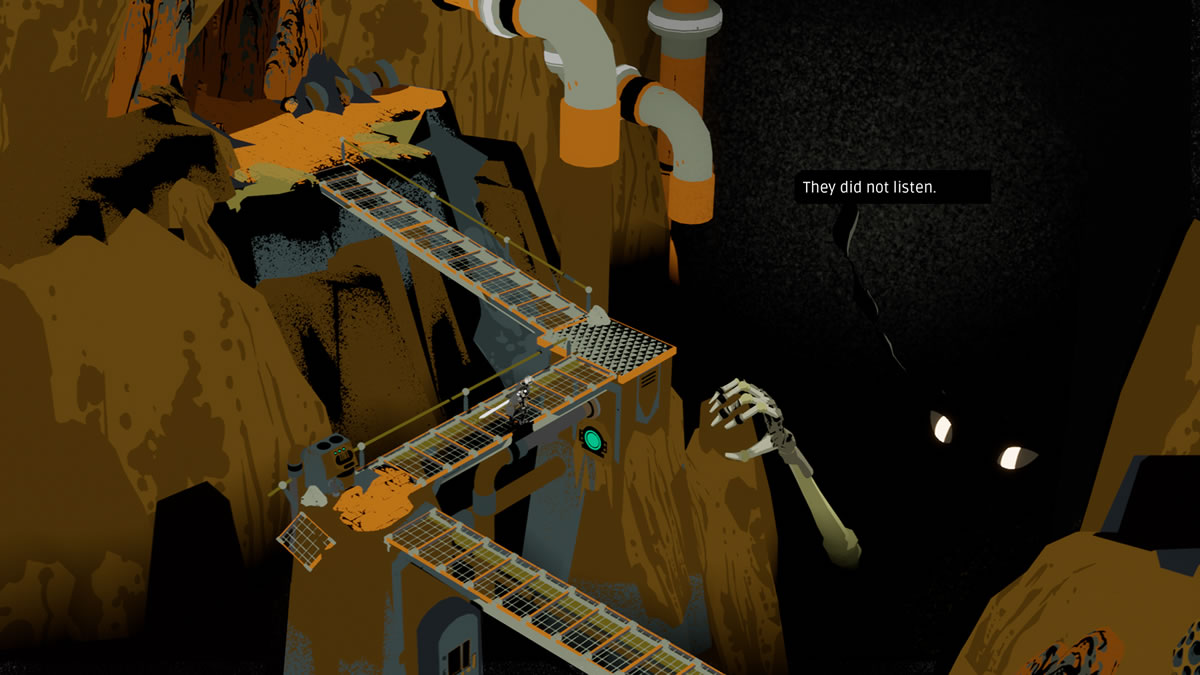 Now there isn’t much information given concerning Creature in the Well but we’ll share what we’ve got. Basically players control the last BOT-C unit, whatever that is. You must go out, explore and dive into a desert mountain. You do this in an attempt to restore power to an ancient facility. This facility is watched and haunted by a creature. No, not a wolf or bear but an “all-seeing” creature. Players must save the city of mirage from a sandstorm. 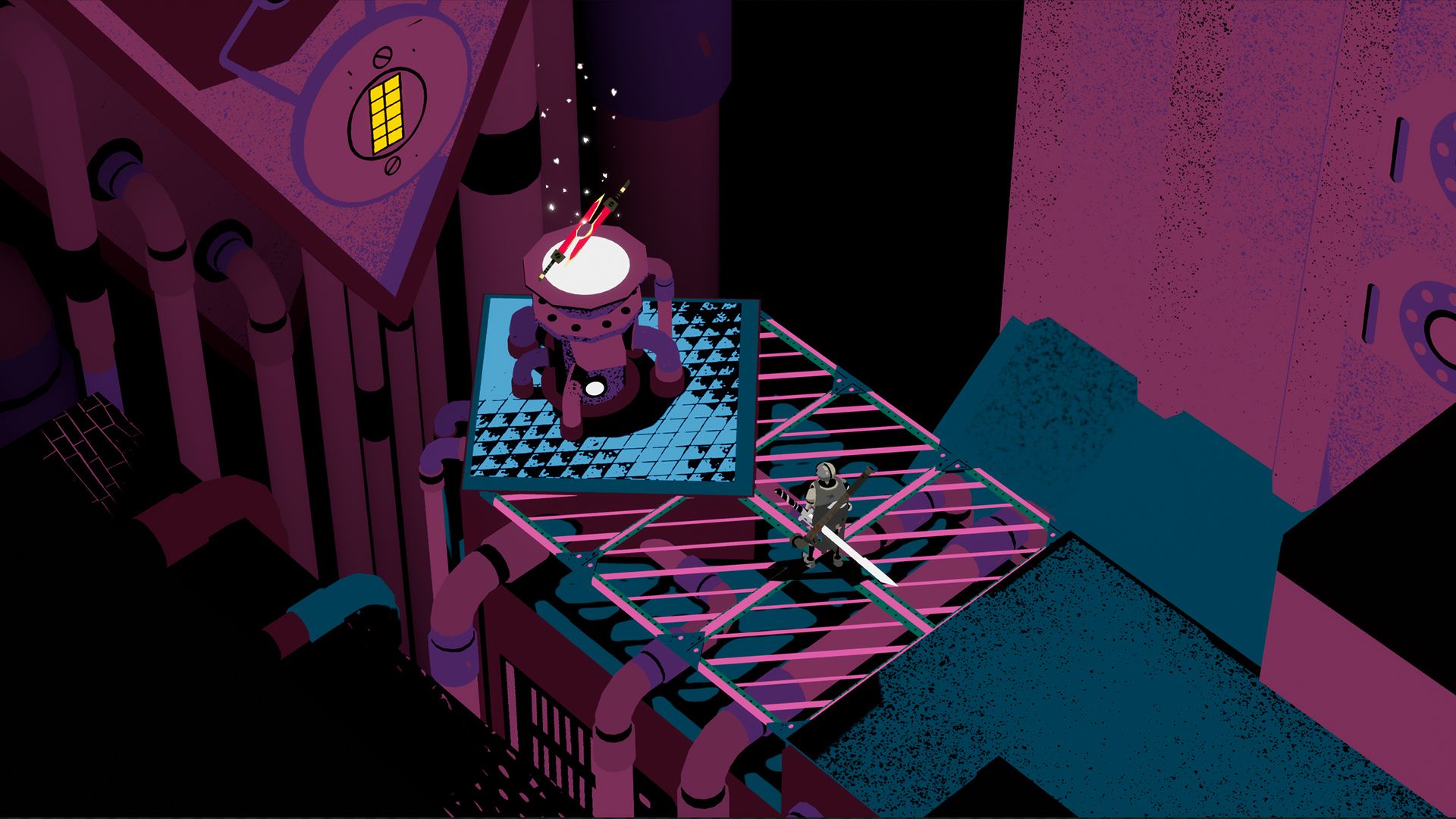 Creature in the Well is top down, which means players need to track and watch multiple things on the screen. The interesting part is the pinball part. Projectiles and more will be bouncing around by objects just like in a pinball machine. This is where the confusion sinks in. Projectiles will be harder to avoid and things will require more focus and concentration.

In order to restore power you’ll need to charge up energy orbs and then bounce and ricochet them around to reactivate the machinery. There are upgradeable weapons and armour for players to get and equip themselves with to fit their play style. Did you forget that this is a dungeon crawler?  There are 8 dungeons, hand crafted. They each have their own secrets, themes and off course unlockables. 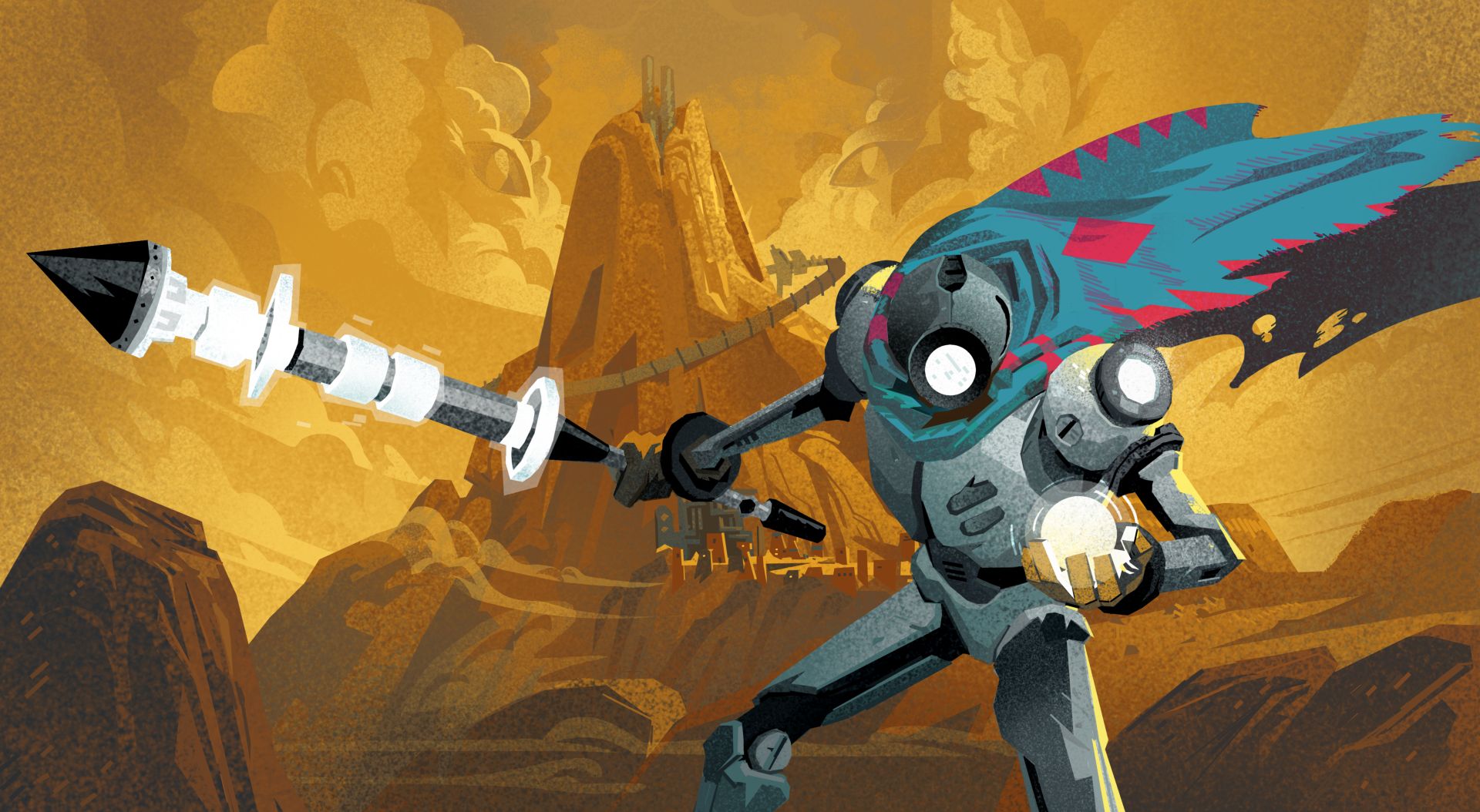 We checked out some Creature in the Well gameplay and it’s what we expected. Except the graphics were real clean. Excellent graphics and the camera angles. The way the screen moves along is very good. The action is nice, fast and smooth. It’s all about angling those projectiles and hitting your target. The concept is new but definitely simple. Check out some gameplay below as you’ll need to see it for yourself.

Overall Creature in the Well is just another action type game that has a cool twist to it. There isn’t that much to it The all seeing creature is the most interesting thing about the game but we know very little about it. The developers ‘Flight School Studio’ have done a very good job with this game. Now Creature in the Well may be doing something new but nothing it can do is as amazing as… the ‘Earth Walk!’